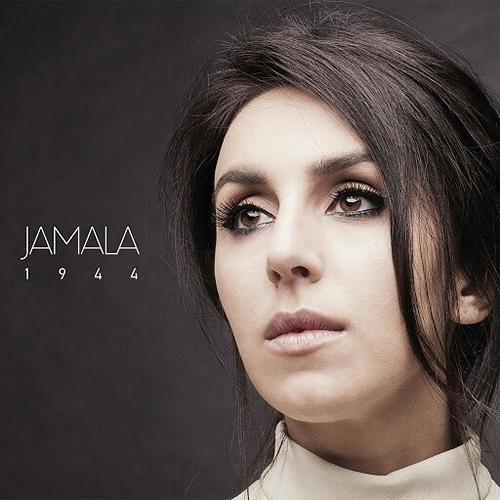 In recent years it has been somewhat obvious which entrant would soar to victory. From Lena to Alexander Rybak, Loreen to Måns Zelmerlöw, Conchita Wurst to Ell & Niki, there was something about each of those entries that made them clear winners long before the finals. The same can not be said about this year’s victor Jamala. As often pointed out since the contest, she won neither the public nor the jury vote, but her combined points saw her take the crown from early favourites Sergey Lazarev and Dami Im. As a result Jamala’s immediate post-Eurovision success has been less apparent. While many have claimed the political stance of 1944 helped her win hearts, Jamala has remained silent and focused her energies on her music. Although Adele has declared her love for 1944, the single has only seen minimal chart success around Europe. Although it reached #2 in Ukraine, it peaked at #289 in the UK, which means the pressure is on for Jamala to deliver a strong album as her debut for Universal.

With a wealth of material to her name, Jamala’s debut release is a cleverly structured greatest hits collection that showcases the diversity of her back catalogue in both English and Ukrainian. The collection naturally opens with the emotionally charged exploration of her Grandmother’s suffering in 1944. Performed in a mix of Tatar and English, the song was deemed suitable for the contest despite Russia’s protestations, and the impassioned delivery not only won hearts but moved them. While Eurovision often gets derided for it’s paint by number novelty efforts, the cleverly structured and powerful lyrics of 1944 show that the competition really does offer a stage for unique talents.

Setting the bar so high would see many fall at the next hurdle, but the strength of the collection stems from it’s eclectic nature. Having carefully selected the choice cuts from her back catalogue, 1944 proves that Jamala is a non-mainstream artist with mainstream potential. At her core Jamala is a jazz artist, but it is in the carefully thought out genre fusions that she shines her brightest. Despite the varied nature of her work, she sounds solely like herself and never loses her consistency as an artist. Raw, fresh, real and honest are the virtues at the very centre of her work.

As opener 1944 breathes life in to I’m Like A Bird, Jamala brings to the fore who other two key influences – soul and R’n’B. While she is an artist in neither genre, the undertone of influence that run through her back catalogue from the genres always lift their connectivity with the listener. Yet it is in the garage drive of Hate Love that Jamala reveals her chart potential. With her emotional vocal hitting you in the heart, the forceful beat moves your feet, but it is the pop hook and addictive middle eight that makes this a chart contender.

Moving through the collection, she segways effortlessly between dance-floor diva, trip hop teaser and compelling balladeer. From the stripped back Watch Over Me to the trancey Perfect Man and the sing along My Lover, Jamala traverses the record without a slip. It is on Drifting Apart her partnership with Ukrainian sextet The Erised that Jamala really strips her sound back to basics. As she delivers the emotional blow of a break-up, she is sensitive to the point that she will leave you in floods of tears. Although many artists would follow this with something mid tempo, Jamala immediately revs it up to fifth gear on the punchy You’ve Got Me, which has classic written all over it. Lifted from the 1944 EP that accompanied her appearance, Thank You has echoes of the song that soared to victory. A free form jazz number, this is an anthem that will stick with you.

Closing the album are a trio of songs solely in Ukrainian. The move is a brave one, for all recent winners of Eurovision have recorded solely in English. Having soared to victory with the first song since 2007 to not be sung in English (well, at least partially not in English), the move is not a surprising one and the three songs complete the collection in perfect style. With My Eyes slows the tempo and shines as one of the album’s key cuts, while Way To Home and Breath are flawlessly delivered and will set the heart fluttering.

Jamala was never going to release an album that toed the line with the mainstream charts. With 1944 she continues to showcase that she is an artist with a distinctive talent and an intelligent approach to lyrics and composition. 1944 shows that she knows how to construct a pop song, but that she is unwilling to lose her sense of self in a formula. This is easily the finest album by a Eurovision winner in a good few years.